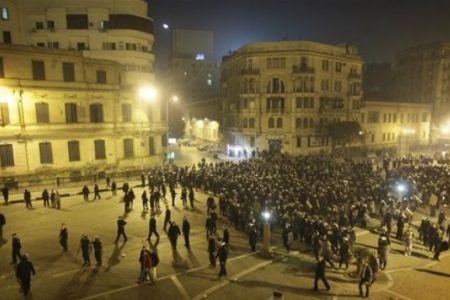 He who has eyes to see, but can not see ... He who has ears to hear, but can not hear ... The people of Egypt spit you out mr. H.Mubarak. Come clean with yourself ... Your time is finished...

I send some Light to H.Mubarak to lighten his way out of Egypt...
Ho'oponopono Hosni Mubarak ... may peace come over you so you can give back  freedom of speech and freedom of existence in beautiful Egypt of ALL Your  People.

Love Light & Laughter is our  destination to come to Oneness ...  I Love You All people of Earth (^L^)

Egyptian president stands down and hands over power to the Supreme Council for the Armed Forces.
http://english.aljazeera.net/news/middleeast/2011/02/20112112515870...

Thank you Mr. Hosni Mubarak you make the right choice ... now child of God continue your way to the light ... it's time you let your emotions of true Love come back in the Light of your heart ...

That now soon may  rise a new leader of Egypt  ... a person with integrity and respect for every Egyptian no matter their status ...

the revolution is not yet to an end, and freedom is just around the corner ...  Stay Strong For  Totally Freedom !!!