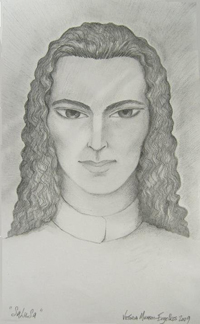 I would ask you to ready yourselves for the exciting times ahead, and focus on the benefits and changes that are to prepare you for upliftment.

Keep in your Light at all times, and give of it freely to others. On behalf of the members of the Galactic Federation, I send our Love and Blessings to you.


You have great expectations where the next few months are concerned, and rightly so as we have intimated that the time has arrived for action. As we recently mentioned, we are now at a point where certain issues must brought to fruition. Our patience and that of our allies has been commendable, but it wears thin in the face of repeated refusals by the dark Ones to withdraw. We will therefore place them in a position where there is only one way out. It will see the end of their power base, and the loss of their ability to dictate the future to the whole world. The New Year will herald a string of surprising developments, although you do have some basic awareness of what is in store. We desire to give the world back to you, and with it will come the power to make it possible.

There are beautiful souls on Earth simply waiting the opportunity to give of their knowledge, and help establish a new power base that fully represents what the people want. War and Peace are not natural bedfellows, and peace will become the rally call that will draw immense support all over the world. People have had enough of their families and lives being destroyed by the ambition of those who would rule the world. Dictators have no place in the future, and instead sharing will become the way of life. The changes will move mankind onto a new path, and nothing will then be able to delay Ascension. It is important that every soul is aware of the marvelous opportunity to ascend, and we are most anxious that the media is released from controls and censorship. Your news is adulterated and contrived to keep the truth from reaching you, but that will change and journalists given the freedom to report the news as it is. One man controls too many outlets, and that is not going to allow free speech. However, we do note that there is a gradual move towards freer expression, but it is far from satisfactory.

When disclosure is announced we wish for correct and accurate coverage, and that people will understand what we represent and our true reason for making contact with you. There will inevitably be those who hold views that see us some threat to their beliefs, but that is to be expected. The question is whether they can accept that in the past, that much information and teachings have been based on less than reliable or inaccurate sources. We do not condemn such souls, and simply wish that they carefully consider what we have to say. The truth will bite at many accepted beliefs and practices, and it is intended to allow a great step forward.

With the changes your consciousness levels will increase, and your capacity for understanding greater truths will increase tenfold and more. You will naturally become more discerning, and all of these changes will propel you nearer to becoming a Galactic Being. You will be given every help as you progress towards this time, as our concern is not just for your safety but the successful completion of this cycle. The future is golden and such a comparison to what you have known in the past. You will have freedom of travel, and restraints such as you experience now will disappear. If you so desire you can be totally independent of anyone else, as you will be self-supporting and create all of your needs. The chances are that you will desire to explore the Galaxy, and therefore likely to become a member of one of the Federations that do so. A visit to your Space family would also be appealing, to renew acquaintances with those who had long faded from your memory.

Duality has kept you from knowing the truth about yourself, and you have been led to believe that you were meant to be lesser Beings subservient to those in power. Indeed, if the Illuminati had their way and succeeded in world control, you would not have known any difference. Freeing yourselves from their clutches has opened your eyes as to what has really been going on around you. Now you can re-claim your sovereignty, and begin to assert yourself to regain your full rights. Certainly changes to the Law will be made to remove unjust laws that were intended to place you under draconian controls. We talk of countries all over the world, as none are an exception where unfair laws are concerned. You have been fooled into thinking you were free, but that has been far from the truth.

Young but wise souls have been coming to Earth for quite sometime, and now they shape up to share their knowledge with you. After disclosure they will be ready to share their wisdom with you, helping people to understand what remains to be done to prepare for Ascension. Young they may be, but they are very old souls who have deliberately chosen this time to be of help to those who are awakening. Service is sought to share whatever ones abilities are, to advance those souls also making their way along the pathways to the higher dimensions. Wherever you go in the Galaxy, you will find that all souls are connected through an immutable bond of love. That is perhaps the beauty of discovering other civilizations that are at various stages of advancement, and finding that all come from a common source. The grand design of the Creator is never ending, and life abounds all around you.

I am SaLuSa from Sirius, and so pleased that we of the Galactic Federation have been assigned the task of guiding you all to Ascension. It is a privilege accorded to us because of our past links with your genetic evolution, and our hand in your growth and awakening. So you will understand that we have been with you for eons of time, and none have been quite as important as the period you are in now. What is happening is known throughout the Universe, and many visitors excitedly draw near to you to witness yours and Mother Earth’s unique Ascension. There is also the spectacle of earth changes that will be quite extensive, and transform your Earth to one of utter beauty. They will be befitting of the higher dimensions that you are entering, where only Love and Light can exist. Where peace and harmony are constant, and where you can fully use your creative powers.

I would ask you to ready yourselves for the exciting times ahead, and focus on the benefits and changes that are to prepare you for upliftment. Keep in your Light at all times, and give of it freely to others. On behalf of the members of the Galactic Federation, I send our Love and Blessings to you.

Originals and translations of Galactic Messages available on

Permalink Reply by Mechanick on October 22, 2010 at 9:22pm
i do love these messages, but i feel they often repeat themselves. L&L.