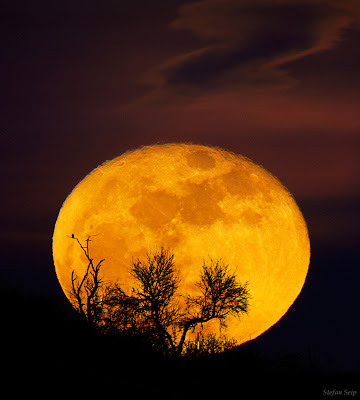 I am SaLuSa from Sirius and carry greetings from the Galactic Federation to all of you, thanking you for your faith in us and the higher powers of Light. You are great souls who we greatly admire, and send our love for your upliftment.

As the truth gains more ground, so those who reject it against it and spread disinformation. It therefore begs of you to be discerning in what you accept, and that you find sources that are consistent and trusted. As always your intuition should be your guide, and if necessary you can always put anything aside until such times as you can make a firm decision about it. With time you will that you become adept at spotting dubious messages or articles. If the ring of truth is not there for you, then clearly it should not be given your acceptance. However, as we like to point out, you also need an open mind so that your understanding of the truth can be expanded where possible. It is ongoing and will go forward with leaps and bounds, once we are able to come out openly to you. Everything possible will be done to present the truth in a gentle way, without any judgement upon those who have allowed themselves to be misled. The truth will always carry the energy of Light and it will sweep away those false teachings and deliberate lies, which have blighted the scriptures and ancient teachings.

The truth commences with the one omnipotent God of your Universe. Many mortals may have been seen as gods, and named as such but there is in reality only the One Supreme God. Different names may have been used, and some souls have deserved to be considered Saint, however, there is still only the One Truth, and The One God. It is a good point to start from which it will bring people together, and put a stop to the claims that one persons God is better than another. The next step is to remove the teachings that have not originated from God or his true servants. The Laws of God are quite clear and based on Unconditional Love, and anything less is not of God’s word. New ones will accompany Man as he ascends, and with his higher consciousness levels they will allow him even greater freedom than before. Life in the Galaxy is so varied and at different stages of evolution, that Man will need to know how to conduct himself.

Life is certainly not dull on Earth, but you are never totally free to do as you wish. Real freedom is when the Galaxy is yours to travel, and that will come to you in good time. With our advanced forms of transportation, distance is no problem and we can make frequent journeys to far off stars whenever we want. It also helps that there is no issue where we are personally concerned, as we are in a perfect state of health, and do not age as you do. Also our Space Craft are totally self-supporting and provide all of our needs. In fact we could easily survive in them for several hundred years, as you understand time. Time is not constant and you would find inter stellar traveling strange at first, but you are now grasping the idea that the past, present and future are all in the Now.

Coming back to Earth, your time is up and in the future you will put all of your experiences to good use. You have plumbed the depths, and now you are to rise up quite spectacularly with a quantum leap into the higher realms. Your future will bear no resemblance to duality, and instead give you every happiness and opportunities to share your acquired wisdom with others. Remember that you will have become the Masters that you really are, and will be welcomed into other life streams. Life is bountiful, and exists everywhere making its way along an evolutionary path as you have done so. Much of it is invisible to your eyes because it vibrates at a different rate to yours. As an ascended Being and through the power of thought, you will be able adjust to it just as we sometimes do. You will have many attributes that will seem quite remarkable, such as being in two places at once.

Matters on Earth are heading for a showdown, and it is just a matter of months before a major step forward can be taken. There is of course always a degree of uncertainty because of the number of people involved in making sweeping changes. Certainly everything is at the ready and we continually adjust our plans according to the changes on Earth. Our appearance will be orderly and preceded by appropriate announcements, that are near to coming out. These are crucial to our arrival as any other way could be interpreted as a show of force on our part. That is not our way, and even when the ultimate date is reached when we shall lead the way, it will still be done through your officials. It is one thing to show our craft and us in a casual way, but it is now important to gain your agreement to an open landing and official contact with your leaders.

Whatever happens on Earth, never lose sight of the reason you are in the end times. Ascension is the most important aspect of your future experiences. What is taking place now is the chaos being perpetuated by the dark forces; they have lost their way and try to buy time by preventing us from coming. That ploy will not work, and the longer it goes on, the more it rebounds upon them creating more dissent in their own ranks. They are imploding and fighting to keep their heads above water, but it will be to no avail as their capitulation is assured. It is as you might say a messy business, but that is unavoidable when dealing with those who have no conscience where their actions are concerned. They also lack compassion for those whose lives they have destroyed, but one day they will be called to answer for all of their misdeeds.

Carry on as best you can, knowing that your suffering will not last and soon you will see the new direction that Mankind is heading into. Already the foundations are in place for a quick change, where your financial systems are concerned. Our allies in many countries are agreed on a plan for a metals backed currency, and the end of the paper currency that has led you into bankruptcy. These are the essential changes to set up a fair system, that will protect your earnings and property from unconstitutional laws. The changes will affect the whole world and that is indeed the intention, so that you are released from unfair systems that include your tax laws. There is at last a glow on the horizon as the Light permeates into every corner of your world.

I am SaLuSa from Sirius and carry greetings from the Galactic Federation to all of you, thanking you for your faith in us and the higher powers of Light. You are great souls who we greatly admire, and send our love for your upliftment.

Originals and translations of Galactic Messages available on http://peacelovelove.blogspot.com/

Permalink Reply by 陳思如 Luz on May 31, 2010 at 10:17pm
Just yesterday, I was once again the dream of many large number of UFOs flying in the sky vision, but the people around us was chaos and feared. ''What is taking place now is the chaos being perpetuated by the dark forces; they have lost their way and try to buy time by preventing us from coming. That ploy will not work'' and finally I saw many large UFOs had landed. I believe that God will once again gave me what for about my inspiration and revelation... thank you Besimi