.Yes things change according to astronomical changes.All that has happened was-
influenced by heavenly boddies (stars,planets,constallations,comets act.) and will always be that way.
--If someone is able to imagine ,in a wider concept that everything (including us all) is energy, than is very easy to comprehand ,why we are ruled (influenced) by heavenly bodies. .....:):):).
--We are located in a giant arm of our galaxy, ...Our Earth and other solar planets follow-revolve around the Sun in a spiral way (they don't revolve around the Sun stationary,as our ordinary scientist tell us),
..Our Sun and other Suns(Maya,Merope,Atlas,Electra,Teygeta ect) follow bigger Sun Alcione,also in a Spiral way. Alcione and other big Stars also move in a Spiral way toward the Center of Galaxy (Whole galactic Arm
spins around itself ),as Heavenly bodies move spiraly toward galactic center.
As Heavenly bodies move toward center of Galaxy ( in Spiral Cycles) they change in frequency and vibration.
.........Our human bodies ride in these Heavenly bodies ( Earth body) ,and we change in frequency and vibrations also. Everything that goes toward center of galaxy ( black hole),has to change from physicality ,to
less dense and later to gas-like plazmatic ''matter''. ...entering black hole than gas-matter will be shot Side-Ways in other forms of energy (magnetic like) back toward the end of the Edges of Galaxy. .and so cycle continues.:):). Permalink Reply by Besimi on July 29, 2009 at 2:38am
This is in responce to :Sirius The Blazing Star Blog,
...........But I thought we might add some more things in here later. .. knowledge was hidden and suppressed indeed.
..this answer differes a little from blogs point. ..It's a lot to add to this discussion,as we moving on higher Concepts of understanding our time and space, and how we are effected by celestial movements of Heavenly bodies. 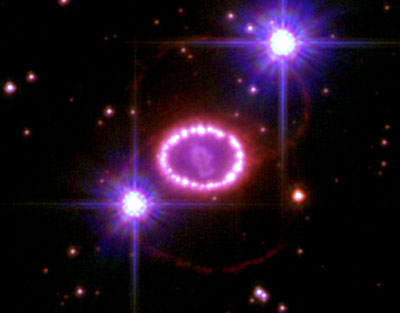 Permalink Reply by Rebecca Shannon Ling on July 29, 2009 at 1:11pm
heres the fractal theory explained :)
thank you, all of u, besimi, cancapscorp, for opening my eyes :D

Permalink Reply by Rebecca Shannon Ling on July 29, 2009 at 1:23pm
btw, the next qtn that i have, after watching nassim's video is:

It suppose to be a spiral one like in this pic below.

..............below are some informations on Photon Belt explained . ...credible sources,and channelings.

According to Maitreya (channeled by Margaret McElroy)

The founders (channeled by Sal Rachele) offered one particular description:

Since there are no illustrations available at this point to describe the Galactic Shift (photon belt), you can picture it as a spiral shaped like a spring or coil. As you move along the coil, you return over and over to the same point on the spiral, except that you are shifted into a higher position along the coil. When you look at your galaxy from a vertical point above the plane of the spiral, it appears there is only one dimension to the spinning arms of the spiral, but in actuality, the galaxy is much like the coil in that each time it spins, the vibration changes and you emerge at a higher point. So essentially, every 108 million years (halfway through one revolution around the central sun) a shift is made into a higher frequency of light. We will explain the time discrepancy between the Galactic Shift and the duration of one revolution of the galaxy, in the specific section on the Galactic Shift coming later in this treatise.

Permalink Reply by Besimi on July 29, 2009 at 2:23pm
This was explained in a linear way :):):) ..like one universe together. ..one layer as we can comprehand easily.
.....imagine that we exist multi/inter-dimensionally and multyversally also. Wich allow us to go back in time by bending space and time.
..Higher vibrations are Highly precious for us at this time ,to reach ,contain and get
adjusted to them,as we move toward higher energies. Transmutation of our bodies is taking place. Letting go the Old and Forgiveness is esential. ...so much love.Namaste.

Permalink Reply by Golden_Angel_K on July 29, 2009 at 6:43pm
Thank you so much dear Besimi!..The spirals remembers me Reshimots in Kabbalah..;)

Permalink Reply by Rebecca Shannon Ling on July 31, 2009 at 2:28am
i was about to sleep yesterday night, and i thought about this question again..
what is it that all the galaxies of our universe are spinning around...?

btw, the next qtn that i have, after watching nassim's video is:

Permalink Reply by Tetragrammaton on August 2, 2009 at 6:50am
Very good post and discussion besimi and others, i've been following nassim for a bit now, very interesting info and easy to agree with. :) and as the band TOOL would say "spiral out!" Album: Lateralus, Song: Lateralus :) very enlightening song to go along with this enlightening info :P the song is on my page if anybody wants to hear it.

Permalink Reply by mlp on August 6, 2009 at 3:07am
Hi Besimi! Thank you for posting this, I just recently got around to see his work, it's so fascinating! So much inspiration here...love, light & cheers! mlp