BETH: Thank you. Hello everybody. About 24 hours ago, Mark and I with
Terrace Stanton who helped and we joined all of our helpers. Last night
Sananda Kumara came to me and said, "We are going to start rounding
up some of the dark hats." It dawned on me. I said, "Well is
Ashtar going to start with arrests now? Will he be making arrests?"


Then I realized we were only going to be working with extraterrestrials.
It was shown to me what I didn't understand before. It is that there
are extraterrestrials who have mother ships and shuttle ships going from
Earth into Earth's atmosphere into their mother ships - back and
forth. They are working together with the dark hats that we have been
talking about.


These are the ones who came here decades ago and they have been working
in every industry since. I didn't understand that until last night.
What Mother said is true. I don't mean to confirm her that way; I
don't mean it that way. But, it's just so unbelievable. I am
saying I experienced it last night and I am still astounded that it is
true. The extraterrestrials are being arrested. They are going to
prepare for trial. And, with that introduction, I would like to read
what I wrote when I finished last night.

Not everything was gotten tonight. Thousands upon thousands were taken.
There is a technology like a magnet; it beams a signal frequency that
matches the negative ETs. It works by "like attracts like". When
any negative ET is near the technology, they are ripped away from
wherever they are, whatever they are doing and sucked into a kind of a
wall.


Their bodies slam against the wall after being ripped away from what
they were doing. They aren't hurt. They almost always go
"uhh." It feels like having the wind knocked out of you. They
are surprised. After this, they walked up a tube walkway. This looks
like a subway station hallway - a long walk. Heathrow Airport comes to
mind. They walk a long time.


They are ascending as they walk. They are going up into a ship and it
is completely enclosed. In the end, they are incarcerated. They are
helped into the tube by loving angels and everything after the "uhh
hitting the wall" goes smoothly.


The purpose of this Op is to take any negative ET allowed to stay here
since Truman. They have been wearing human disguises and have
infiltrated all areas of business and industry. They do not age as fast
as us and these are the same bad ETs as 70 years ago.


They had been invited to leave long ago, but the dark hats hid them.
They worked together. With these gone, the 75,000 to 100,00 arrests will
be easier because the arrests of the ETs will out the others. Their
network is greatly weakened.


[Beth adding a comment: Mark commented today that they act in
partnership with each other and that's absolutely right. So now
that their ET partner who they are doing business with in all these
different industries is gone and arrested last night, they'll be so
weak they won't be able to do anything.]

We started at north central New Mexico underground. This is a lab where
negative ETs worked to make some technologies used in the farm industry
creating the fake pandemic viruses. This includes AIDS and many others.
The swine flu is just "patty cake" compared to the others they
have made. This is the underground connection to the Maryland mine.


We went to Maryland next. We would clear only the negative ETs out of
the buildings. Business, government groups where we were. They would hit
the wall and up the tube thousands of times. In other words, I would go
to the site. I would see the building cleared and I would wait until
every ET was arrested. Then we would go on to the next site.


Next, we cleared the Pentagon. I saw every arrest and waited until that
place was cleared. We cleared the United Nations in New York. There was
a moment when the arrests stopped. I looked up and a swarm of black
bird-looking things flew towards me. Archangel Michael stopped them.


There is no signal. I had not broken my connection. No energy was in my
body. No arrests were happening. I called as loud as I could,
"Sananda, King of Swords, Mark, Mother Sekhmet, Tom, help me.
Someone help me. Sananda." I was not afraid, but I was being
stopped. I was not happy about being stopped.


I saw Archangel Michael reach up and rip the energy block apart with his
bear hands like ripping plastic off a package. My energy was slowing
restored and the arrests continued. I said, "Ah, hah. They saw
where we are going next. Where are we going next?"


Monsanto, then Beatrice, then Archer Daniels Company; went to the Center
for Disease Control in Atlanta. We went to UNICEF. Then we went to
Nestle and we went to Bristol Meyers. They were very specific targets.


After that, we swept all the factories in China and all the factories on
the shores in Japan. I looked up now and I saw a mother ship. This is a
dark ship; it is very, very big. It is obvious there are shuttle craft
going between Earth and this mother ship. When I looked again, there was
an explosion. The ship was completely destroyed. It was reminiscent of
the scene from "Independence Day" with Will Smith. I am getting
completely choked up because it was so real.


Mark asked Mother Sekhmet today and she said it was one of the ancient
Annunaki ships and it was destroyed. They will not be able to shuttle to
that ship anymore. It's gone. I saw Sananda on the bridge of the New
Jerusalem. He said, "That is enough for tonight." I did feel
peace then. Signals had been sent to my body during the operation.


As we moved from place to place, as arrests were being made. Now the
loveless energy was removed from my body and we were done. I looked at a
ship where the ETs had shifted offtheir human suits and mulled around -
thousands of them, comforting each other. They had known this day would
come. They were quiet and not really surprised.

I said to everyone "Wait". I said, "I have a special request
for you." I asked everyone whom I have touched, 6 degrees out from
me, be cleared. Anyone who has heard my voice or read my words or known
me, have cords cut and darkness removed from their being. This is done.
A platinum light went out in every direction from me.


We thank all the help tonight with deep reverence and love,


That was the experience last night and everything has been peaceful to
me today. It feels great. Thank you for letting me share.


MARIETTA: Thank you for sharing. How can we top this? I mean, this is
such wonderful news and we are so grateful for your service, for your
volunteering, and for sharing all of this with us. This does give us a
lot of hope and help. Do you have anything else that you wish to share
now that you have read that or anything that you wish to speak about?


BETH: Just briefly, I will add that I am certain that the arrests we
are waiting for started 24 hours ago and I know that it is opening a
path for the other arrests. This was just a beginning of something else
- there will be more coming. There will be many, many more arrests
behind the scenes before we start seeing them on TV, but they are
started now. Ashtar started the arrests last night.

[Non-text portions of this message have been removed] 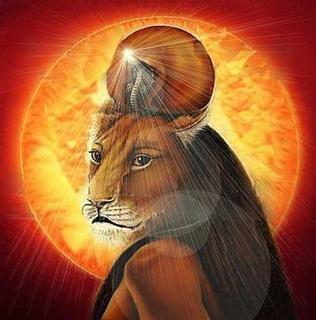