Happy Earth Day to one and all. 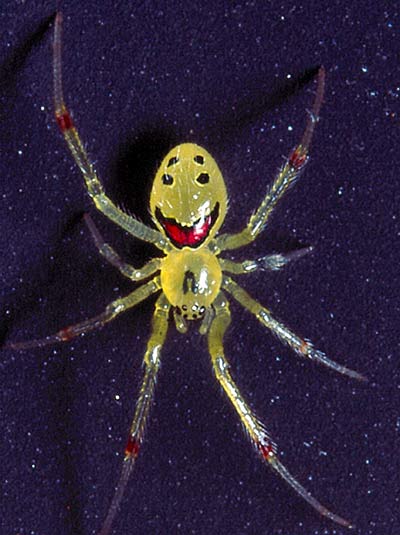 Scientists studying this tiny creature couldn't help but smile when they noticed markings which looked just like a happy face.

But life is no laughing matter for the harmless spider, whose scientific name is Theridion grallator, because it faces the threat of extinction.

Researchers believe it developed the unique patterns on its abdomen as a way of protecting itself from predators.

Not all happy-face spiders have such striking markings, and some are nearly all orange or all blue.

The spider is found only on the islands of Oahu, Molokai, Maui, and Hawaii in the Pacific Ocean but is under threat from non-native animals.