Dear Ones, I have returned yet I have never left as SaLuSa embodies the energy of our group. I come to bring the feminine energies to a world that until recently was dominated by the powerful influence of the male energies, and reflected his often aggressive approach to life. In fact as an intentional plan to bring a change of direction for mankind, women have been helped to take their place alongside men. In ages past there were times when women ruled, but they carried more of the male attributes that meant they were warriors. However over time, a balance has come in and the male and feminine energies have come closer together. For example the role of mothers and fathers is no longer strictly defined, and there is sharing of family responsibilities. As you approach Ascension, so each of you will experience a softening of the extremes of personality as normally defined by gender. The gentle touch and caring of the female will also be found amongst the males, and it signals a closure of this period of duality amongst the sexes.

Over many lives you have experienced every type of human relationship. Therefore within your subconsciousness lies a wealth of experience, and it enables you to handle most challenges that happen on a personal level. You might wonder why in some countries women are still second-class citizens. If you view them as groups specifically brought together to overcome such lack of understanding, the value of re-incarnation begins to become apparent. People with extreme views are often cast together, and this particularly relates to religious beliefs. Everything is planned to further your evolutionary progress, and there is much that needs to be processed to reach the truth. That is one important facet of our coming to Earth, and the public in general will be given every opportunity to find it. It will take time, and naturally some souls are so engrossed in there own beliefs that they have become rigid and inflexible. There is no forcing of such issues, as we know that all of you will eventually work towards the One Truth no matter how long it takes. Some souls are more ready than others for a quantum leap forward in their consciousness, and will have no problem expanding it in the light of the greater truth.

Your future lies in a balanced approach to whatever you do, until there seems to be no difference from one person to another. Working together becomes easy and quite natural, and for all that you retain your own personality. Group consciousness will also develop as a result, and it is commonplace in the higher dimensions. It brings a peace that cannot be achieved at present, and a directional flow that continues to take you ever onwards. Bringing the energy of Light to yourself serves to bring balance to that individual, and you gain much through living your life in this way. As you have often been informed your ultimate aim is to live in Unconditional Love, and if you can get anywhere near it whilst in duality that will be quite a notable achievement. The Earth has been described as a school, and indeed it dishes out many lessons and is forever testing you. It is one of the reasons you are keen to experience in this cycle, as it affords an almost unique opportunity to evolve at a very rapid pace.

War and all of the trappings of war have blighted your planet and its people for many centuries, and failed to bring lasting peace. Even now you arm yourselves with sophisticated technology that could destroy your world many times over, yet who amongst you speaks of bringing peace in its place. Maybe you have noticed the first signs of Light shining in the darkness, and it will start with small beginnings that shall reverberate around your planet. The people have moved on and demand a new way of life, and those who stand in their way shall be brushed aside. We have often spoken of “people power” and it is becoming more powerful by bringing the Light to Earth, and will change the war path to one of seeking peace. Look at your leaders and see who speaks this way and is heading the call for change, and for bringing nations together. Not all desire to move out of their present paradigm, but it can no longer support the old ways which are beginning to crumble. The phoenix is rising out of the chaos, and will bring the means and opportunity to move onto another path, and it is one that leads to Ascension.

We know some people question why you are experiencing such volatile times, and feel that if there is God they should not be allowed. My Dear Ones, as many of you now know, you were given a free hand to make of what you wished where your lives were concerned. What you sow, you reap and whereas higher civilizations ascend with full knowledge and without difficulty, you have created so many problems that the path is proving very bumpy. Is not experience the realization of the consequences of your actions, and where would the gain be for you if others sorted out your problems. As it happens the Creator of All Love has decreed that Earthman is given help, but first the signs have to be seen that there is a genuine desire to change. Certainly the souls that have lifted themselves up are not to be held back by those who still languish in the lower vibrations. It is not a matter of looking down at them, but allowing for those who choose a different path to reach their goal. All are viewed as treasured and well loved souls, and the Light is ever present around them if they would but respond.

The greatest events in your history are beginning to unfold, and you who are here to experience them are extremely privileged. Do not dwell on the present difficulties, as exciting times will follow and signs of the new directional impulse are emerging. We know there is a chorus of unsettled people who have already lost patience with President Obama, but look for the positive signs and allow for slow progress until he can draw about him the right team. The future of your world lies with him, and it is support and not criticism that is needed. Your faith in him will not be found wanting, but make allowances for the task that lies ahead. He will not fail, and we are his assurance of successfully coming through this period.

I am Diane from Sirius, and can tell you that balance is needed in many areas of your lives, so try to take the centre path and not extremes. Be the loving souls you really are, and let your Light and Love shine out for all to see.


Please do not use the above email address, it is one way only.
My address is michael.quinsey@mypostoffice.co.uk

You must subscribe/unsubscribe from your own computer in order to receive confirmation that your request has been actioned.

Change your address by "unsubscribing" your old one, and "subscribing" the new one. Make sure you "Tick" the appropriate box each time. 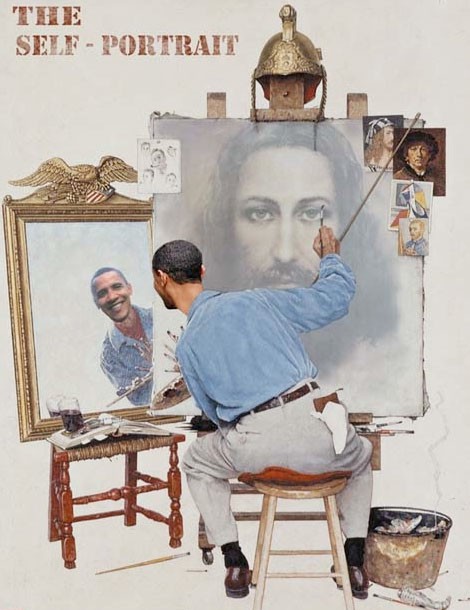 ''We know there is a chorus of unsettled people who have already lost patience with President Obama, but look for the positive signs and allow for slow progress until he can draw about him the right team. The future of your world lies with him,,,''

Thanks Dianne, and Draco for posting.Namaste

Permalink Reply by DRACO on September 29, 2009 at 3:56am
I for one have not lost patience with Obama, but rathar with the people who are controlling him. Its pretty obvious that he is being completely controlled and his very little power to change anything himself.