Collective Message from Ashtar Command and Galactic Federation of Light.

Collective Message from Ashtar Command and Galactic Federation of Light 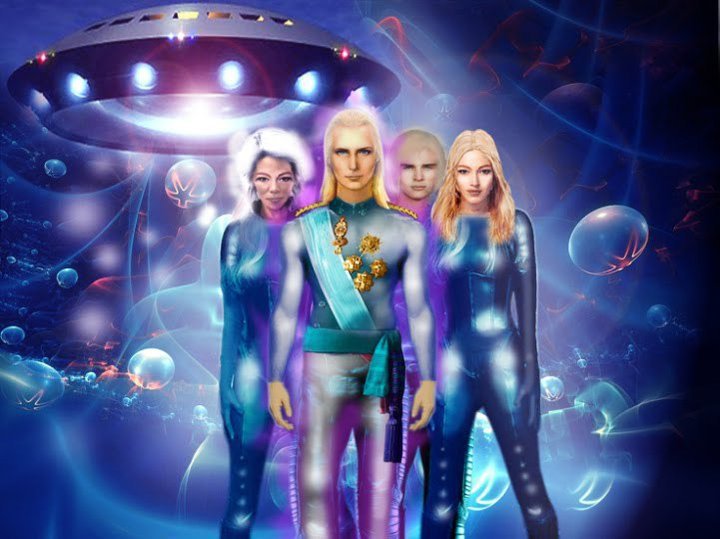 (Please feel free to share this message widely! Thanks!)

This morning and this afternoon I’ve been receiving a repeated message (no fewer than 6 times at last count) from a Collective Consciousness of Ashtar Command and Galactic Federation of Light. It’s not unusual for me to receive messages from a collective – I’ve had many conversations with various Collective Consciousnesses within both these groups, but they’ve more often than not – in my waking hours anyway – taken on the form of more of a “personal conversation”

This one, however was different. I will state that over the past few months I’ve been getting a repeated message that was more visually or perceptually oriented, meaning that there were few words involved, being almost more of a “feeling” than a verbal message. Knowing my compatriots tendency to like to tease me because I’m so enthusiastic about their arrival around and on Planet Earth, I’ve tended at times to view these messages as simply trying to get my attention, and make certain that I’m still focused on the task at hand – which is primarily preparing for formal disclosure of their presence and then the culmination of the Ascension process which we will be experiencing in the very near future.

When after receiving the same message repeatedly this morning, and VERY STRONGLY I might add, I laughed and said to them, “ah, come on now, quit teasing me” and the answer came back very clear and succinct:

“We’re not teasing you. We are coming, and the time is now to prepare”…

Well, okay, my computer was in use at the time and so I went about busying myself with the household chores I had set to (unusual for me, so you know that something big MUST be coming down the pike) and it was suggested by the Collective that I borrow Chris’s computer to post the message… okay, well now they had my attention. It must be urgent if they’re asking me to use another computer to get the message out.

The message is more for those of us who already have an integral understanding of what is going on. No timeline was given to me as to when exactly to expect them to suddenly appear in our skies. And in fact I asked them “what about the surprise factor? I thought that no one would know until it is happening when it is going to happen?” and the answer came back that,

So this is it! If you are aware of what is about to take place (i.e. that our Galactic Brothers and Sisters are about to reveal themselves and the truth of who and what we really are to us) that NOW is the time to take our friends and loved ones aside and gently inform them of what to expect, and how it will benefit us all. Tell them NOT to be fearful, but feel what’s in their hearts when the time comes and know that THAT feeling is a feeling of unconditional Love and Compassion that our Brothers and Sisters have for us, and that if we let it, it will just keep growing and fill up our own hearts to brimming over.

I strongly urge ALL of you out there to begin making this information as much public knowledge as you can. Be gentle though. Don’t cram it down people’s throats. Make the declaration, leave them with the suggestion and the idea, and let them decide how they want to view it at this time. There will be plenty of opportunities to help people adjust and deal with our Extended Family’s arrival when the time comes. But I STRESS that it will be VERY SOON, so please do not delay! Take this message seriously, because they really are “on their way” so to speak. In reality, we all know that they’re already here and have been for quite some time, but I really take this message to mean that they are getting ready to de-cloak and subsequently land en masse in short order.

I apologize for taking a bit longer than initially hoped for to get this message out. Though I think it will reach the bulk of you in plenty of time.

I’ve always looked forward to these days ahead, but now I can say with some certainty that the wait is nearly over. I hope that you are looking forward to the imminent changes as much as I am!! ;-)

Hmmmm strange , I got the same (not like it was described up here but more  a feeling and a someone saying in my head to prepare because they are coming, or maybe I am just mad :) message!!!! (got this two days ago)

very interesting :). I feel somehow the same way. I KNOW that something is coming very soon...

Let's see what it is