Arcturian11, Some Information About My Identity, and This Experiment Called "Arcturian11" 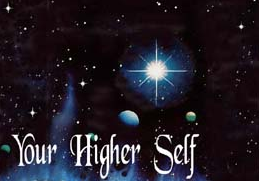 Greetings to my many friends. When I first joined this website, I was skeptical of channeling. In fact, I found it to be most certainly falacious. As the foundation of the site was built on the 10/14/08 prediction by Blossom Goodchild, I knew that there was a certain "vibe" here.

My first blog was to be an effort to say, "Okay, let's test the theory...I'll become a channeler!"

...or actually, what I like to call A DOUBLE CHANNELER.

Of course, I didn't believe at the time I really was channeling...but I decided to try and access the holiest person alive, someone I thought might live in Nepal, who in turn had the capability to access the holiest non-Earth being alive, perhaps an "Arcturian."

It's been posited that there are 11 dimensions (or more!), hence...Arcturian11.

As well, it's thought by some, that "11" is a number of transformational significance.

As Arcturian11, I would never argue, always be as profoundly kind as possible, and avoid using the word "I" whenever possible. I would always be totally and completely striving to uplift and bring others to the state of Enlightenment, through this medium called the internet, as quickly as possible, in the service of the avoidance of unecessary suffering. Of course I imagined such a conciousness had long ago reached such a state.

To do this, I found myself tapping into the very deepest, and best part of myself. The highest part of myself. I could say things I could never say...and I was often amazed that there was this profound state of selflessness in me...and it felt good!

IT FEELS GOOD TO BE GOOD!

Was I channeling, or touching a higher part of myself, that without a doubt, exists within all of us? What I can tell you is the practice of thinking and interacting with people this way, I like to think, has made me a better person.

Thank you to all my friends for many rewarding encounters...GODSPEED!

(I don't want to reveal my identity, but many of you know me as another, once active member.)

The most sacred and ultimate form of channeling is to use sacred mantras to channel pure spiritual energy. Every human has the seed to channel spiritual energy. This is their connection to the Divine. When the supreme divine grace is called upon and channeled through the body all habitual patterns and karma can be transcended thus assisting one towards complete spiritual liberation. Continued use of sacred mantras over time will empower them more and more as more spiritual energy is attracted through the channel to the Divine. To the practitioner the mantra's will become supremely Blissful. Contentment, Love and Peace is realized as all that is not Real falls away. Encoded in the mantra's is Universal Knowledge which has the Power to transcend all karma. Directing this Power (Grace) to one's own ego (impersonal it) will free one from the karma and habitual patterns. Through Grace we can come to completely embrace our karma and impersonal it and see it was always just an illusion.

Permalink Reply by Terrence Staton on April 5, 2010 at 11:58am
Hi Arcturian11. Everyone has to make a choice. While it is true that people of this planet have been grossly mislead on so many levels I still deeply wish to allow everyone the freedom to explore what they wish. After all it is just God curious about Itself. So what I offer I do so Humbly. I respect the Divine in All of you. My choice is to embody Universal Consciousness.