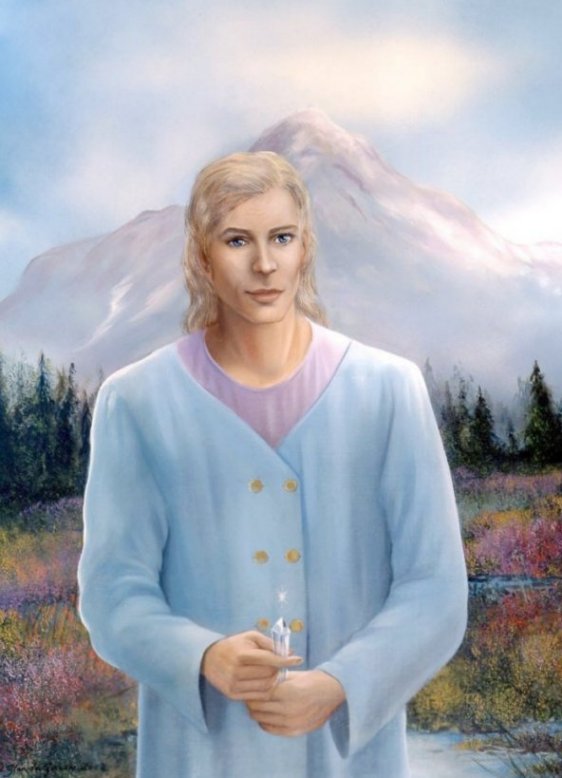 OUR SERVICE GOES ON

Adama of Telos through Eve

Now, Adama, how are things going?

Good morning, Eve, .. can't complain - everything is fine, according to the circumstances. I see, you have published our previous talk meanwhile?#

Yes, I was asked to publish - and now I'm just curious how quickly the dark desinformation agenda will react blaming this piece as nuts.

Truely, Eve, many will have difficulties to believe - and some will perhaps put out that everything was still fine in the inner earth, I was still in Telos joining door opening ceremonies - and what all the „prayer mills" of New Age rainbow press foresee and suggest. This should not bother you, dear... these ignorant ones will soon experience that about 1,5 million inhabitants are not just being evacuated for no reason - or for fun, for test issues, or else. It's an immense enterprise to manage that, even if all is going forth smoothly and fine . And disciplinated.

Can you tell, Adama, where's your main risk or what it would have been - had you stayed?

Well, there are several serious issues which had to be regarded. I know you are at first thinking about the tunnels for tube traffic and general connections, and the stability of the big caverns.

We have always stated that they are earth quake safe - solid enough - many of them have been there already before the demise of Lemuria, - and the earth was shaking much at that time - and they have lasted in good condition. The drilling technique causes a melting of sand, and in result of this the walls of the tunnel pipes transform into a very solid quartz glass structure.

However one must ponder about the fact that the coming earth changes will set free forces which have not yet been experienced in the past of the latest millenea while we settle here. We are talking about moving of the tectonic plates, about earth growing in diameter, about axis changes, about a magnetic pole reversal which might well affect the safety of the inner earth „infra" structure.

You must also be aware that our air/oxygen and water supplies still depend on surface supplies to a certain amount and worst case these could be interrupted/blocked... tunnel entrances, too, plus the air at the surface might become that toxic that it will be too much for our filters (we already had to filter and clean it, as it already is so much polluted) and we would then expose our lifes and crops to the toxic contents. Right now we have somehow sealed the connections to avoid poisoning.

See, you must consider erupting volcanoes, blowing methane, volcano ashes in masses infiltrating the atmosphere... the fact that surface life and vegetation will be put under stasis frequency, too, has much to do with this. Then, during the pole reversal, the magnetic field of the earth will collapse and the cosmic rays meet the surface which is then not shielded by the magnetic protection any more... so, stasis frequency will somehow put an artificial field around. Oh, and don't forget the necessity of integrating the second sun finally.

You already see quite a lot of risk factors adding up. It was finally concluded that the risk of staying might be too high - and it's way better to go now, while all is still intact - than to become refugees from emergency scenarios. Fleet will have plenty to do with caring about the surface folks, it might have just been silly to enlarge the workload by an evacuation of inner earth folks at the same time.

In addition the sand in the hour glass has run through now .... nearly thoroughly - time is getting very short. So, we had to meet a decision and we did, it was a decision PRO life and health, honouring our physical temples. Better to watch from safety outside then to be finally captured like mice in a hole, without a real escape - apart from being beamed up.

Regarding the tubes, you know they are running by electro magnetism. It's likely that the energies of the magnetic pole reversal will leave them not working and then, even the inner earth connections would be interrupted.
We will do our homework when the main part is done, but we are aware that it might last quite a long time... years... until we will return to see what is still there to build on. However I must admit that our chances are way better for seeing our structures again, than for you on the surface.

So, after having done all that was possible to do, we are finally here on board, joining hands and hearts with fleet efforts to settle all which remains to be settled. We arrange ourselves perfectly with the situation - although I would not exclude some cases of homesickness - and you folks will do it likewise - once you have realized the great blessing of your creator to care for you in this extraordinary way. All those will be up having the potential to rejoyce on the reuniting of family in space, and we will help you to discover the mysteries of the realities having been kept hidden from you so far.

Of course, the word „mystery" can just be regarded metaphorically, as there is no such thing like mystery or magic. These words are often being used in New Age propaganda, rituals of ascension and else. But I want to point out that everything is the result of co-creation, of mind over matter, of intention or non-intention - which agrees to be ruled by other forces . It's all about quantum physics.

Many will say: Oh, what a serendipity that the evacuation took place in time. But there is not really serendipity! This is just how it might look like. All this is the result of aware co-creation - of intention, of bowing energy by the forces of the spirit mind, on behalf of our divine origin. All of us are to use the god-given intelligence for the greatest good of all - ... learn to work with the guides, the planetary midwayers ... who will love to support you! They will help you to be at right time right place.

To us it has never been a question to hold earth static - as change is a must have in evolution - and it cannot be adequate to bow our host planet to do our will - just for keeping on being comfortable. So we co-created our evacuation in cooperation with the fleet, to serve the planet who has hosted us so kindly over such a long period. I cannot deny that the well being of the inner earth inhabitants has been a serious concern for mother earth for long ... and now we took the load from her by leaving her for a certain time - you can do the same by awarely agreeing to your evacuation by fleet, according to the schedules of Christ. This will lighten the load for this mother planet greatly.

Support by prayers and energy service can of course go on from the place of evacuation - and this is what we already have arranged at the place where we dwell now. We simply go on in service, we are still here for you - and it does not matter if we are doing it from inside the earth, or from aboard ship.

I beg all of you to develop a positive view on all of this... embrace what is to come and cannot or shall not be avoided - and look forward to the imminent adventures - in awareness of your divine heritage.

I think I might well end this monologue now, Eve, and thanks for still holding the „get real" stage on my behalf. Be blessed, all of you who awarely decide to become a cooperating and active part in one of the biggest and brightest matters of transformation this world has ever seen! Holding all of you dear to my heart, I Am Adama.

If you want to help yourselves to come into a joyous mood, I recommend you
to listen to this beautiful christmas song... .by heart, Eve

It came upon the midnight clear,
That glorious song of old,
From angels bending near the earth,
To touch their harps of gold:
"Peace on the earth, goodwill to men
From heavens all gracious King!"
The world in solemn stillness lay
To hear the angels sing.

For lo! the days are hastening on,
By prophets seen of old,
When with the ever-circling years
Shall come the time foretold,
When the new heaven and earth shall own
The Prince of Peace, their King,
And the whole world send back the song
Which now the angels sing.

Very much related to the previous post,  and other ones stating the need of outter & inner world evacuations, due to Earth Changes imminent (pole-shift,and tectonic moves ),  ...let's see
..below previous post (CMAton):
http://saviorsofearth.ning.com/forum/topics/now-a-word-from-our-spo...