To clear up any possibility of Billy Meier perpetrating a hoax. After thorough investigation of the Meier case, the pictures were deemed to be 'real.' This is why they are on display. There have been 19 attempts on Billy's life, for telling these truths.

Permalink Reply by Besimi on June 23, 2009 at 1:35am
Ohh I love Billy Meiers photos, ..sure they are real.
I have resonated with Billy from the moment I learned about him, ..years ago back.
His infos have helped me to conect many dots,cause he is for real a contactee of Pleiadians.
........................Thanx Lea for posting this Imense video. Namaste,and so much Love.

Permalink Reply by Lea Anna Cooper on June 23, 2009 at 5:11pm
Because those photos are kept at NASA...and, the fact that they've made no less then 20 attempts on his life. Billy could never have faked those pictures with a 2nd generation camera and only one arm. Besides, Hollywood special affects people tried to find something hanky, as well as everyone else, except for one government paid debunker. If black ops can ruin the life of a politician, what do you think they'd do to someone like Billy, who's telling the truth?

Billy meier is a proven fakeb!How can you say they are real? 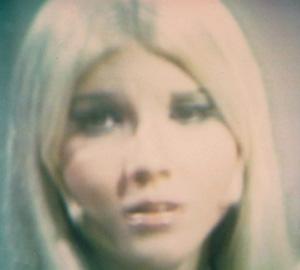 Permalink Reply by Besimi on June 23, 2009 at 6:00pm
Pleiadians look just like us, ..besides their ears go attached all way down to the jaw.
...see Asket ears on both pics more featured. ...Billy has stated this in his documents.

Permalink Reply by Lea Anna Cooper on June 23, 2009 at 6:18pm
Yeah, I noticed that. I truly believe Billy's experiences. The one that I was contacted about today, by Billy's authorized American representative, Michael Horn, (http://www.theyfly.com), is Alex Collier. The authors of Exo-politics, paid RALPH, which is his real name, to run around the country again pushing his story. Alex Collier is a phony. Here's a copy of paste of that e-mail I got from Michael, who is also the American Producer of documentary films. He's a wonderful person, and about three weeks ago, had just returned from Switzerland and spent a week with Billy and his family. Lots of love...Lea

Some time ago I directed you to the following from http://www.escapetheillusion.com/blog/2008/08/alex-collier-exopolit...:

Alex Collier is a fraud…..

I know (knew) him from years ago. That’s not even his real name! It’s “Ralph Amagran”.

Trust me on this; he a sociopath/schizophrenic. In the late eighties, my friends and I attended Pleiadian/Billy Meier contact meetings where we met Ralph. Some of these meetings further down the line were even at his house (shack) in Malibu canyon, CA. After a few months time of seeing him at the meetings, he suddenly began claiming to be himself a Pleiadian contactee. In reality, at least to me, he seemed to be mentally playing the role of Billy Meier. As time went on, we all started wondering (jokingly) what Ralph was going to claim by the next meeting. After a while this became spooky rather than amusing and we all realized he was quite seriously demented. It became less funny and more uncomfortable to be around him. He got so caught up in this delusion (now publicly) that we all finally stopped associating with him. Not too long after that, he was publicly discredited for essentially plagiarizing all of Billy Meier’s “questionable” contact information. After that he dropped out of sight for a period of time (years) and then simply re-emerged as “Alex Collier”, sole contactee for the Andromedian’s. If you’ve ever noticed, in his early “Alex Collier” vids, he spoke with some sort of phony accent which he later dropped.
Personally I’m amazed how far he’s actually gotten with his Andromedian fantasy.

Well that’s it in a nut shell….

Sorry to appear crass; I’m deeply involved and passionate about the UFO subject and have little tolerance for people who discredit it by using it to suit their own egos and wallets.

Many of you didn't believe it (yet you believe the fraud being perpetrated by Amagran, Salla and Harris!).

Steve recently saw Ralph ("Alex Collier") at the Conscious Life Expo in L.A. and, when he greeted him as Ralph, the poor guy almost ran for the door in fear that he'd been busted.

You can find Steve online at: http://www.myspace.com/foreverrockandroll

He's indeed a real person. "Alex Collier" is not.

And maybe, for those among you who haven't drunk the Kool-Aid yet, you'll now wake up and also realize that part of the reason that Salla and Harris hold on to this deceitful nonsense is that they have books and "trainngs" to sell to you...if you're still gullible enough to trust them.

Now let's see if they get up on the stage in Barcelona and come clean to all of you.

Permalink Reply by Tamara on June 24, 2009 at 1:51am
http://thebiggestsecret.online.fr/ufo/billy_meier_smoking_gun.htm

Permalink Reply by Besimi on June 24, 2009 at 2:20am
Let's not discredit neither one of them ( Billy Meier and Alex Collier) ...Lots of Light has been shed,by both of them.
---- Dark forces have tried all kinds of tricks to discredit all our contactees,and all people of Light.

....just because you find an article speaking against one person, it doesn't mean it's true.
....something that worked effectivly for dark forces to ''discredit'' our Light-Friends,was the ''discredition'' by redicule.
....Once someone is rediculed by somebody about these cosmic events (while ordinary people are not awaken yet to
these possibilities) ,that redicule can be very effective. The Idea of the Dark ,was to confuse people,and has done damn
good job on it.
----DO NOT SWAY CAUSE OF SOME NEGATIVE ARTICLES ABOUT SOMEBODY. THINK ,POWND THINGS ON YOUR HEART AND MIND. Ask in your discernment,like: Could this person imagine all of these incredible materials (in
the case of Billy Meier,He is a handicap with only one arm, and used to be a farmer only) ...love guys and girls :):):).

Permalink Reply by Lea Anna Cooper on June 24, 2009 at 2:36am
Deardoff is good, but he's also in the the Exoplitics push to sell people 'courses', and they've been debunking and trying to disprove everything about Billy, in every way they can. Those photo's with Deardoff, were taken recently; but back in the 60's and 70's Billy didn't have those same garbage cans. He had visits from the Plejaren from the time he was 8 years old...he's now 69 or 70. Could anyone actually believe any trash can with lid would last that long? They didn't make plastic trash cans back then, to keep outside. They were all metal; even the big drum style. I remember when they began their investigation of Billy; I'm 59 years old, and recall the huge investigations, and it's also posted on YouTube. You can't miss it, because you can tell the film is old. And, when he gave away the rights to his story to Shirley McClain, she'd promised to help him. She took the information and ran with it, and ended up using his writings for her own books. George Green, who was Billy's first American representative, tells of that account in his video, "The Big Picture"...that and a lot more. You can find that info at http://www.nomorehoaxes.com The Big Picture is on YouTube and part 2 is on Veoh. I just spoke with George Green about a month ago, via e-mail and he had to agree there wasn't any way possible that Billy could have faked any of that. He just didn't have the resources...and look at it this way? Where's the model Billy built? If he did build one it would have been there...even George said there wasn't any such thing.

They also had the metal that was given to Billy by the Plejaren, and it was analyzed way back when they first began the investigations of his story. They could not find the origin of the metal, and it wasn't made of anything on this earth. There were only two, small pieces of it. Billy's a poor farmer, with one arm that didn't have complicated cameras. There were no 'fine tuning' digital adjustments. Com'on...we're talking the age of beginning Poloride. Not only that, but when George Green went to see Billy, he is the one who had the attorneys get back Billy's rights to his own story. He got taken but good, by Americans claiming they wanted to help him. They took his pictures to have analysis, and gave him back the 'junk, they made.' The rest of his film was stolen. If you go to http://www/theyfly.com, Michael Horn is his authorized rep now. He'd just gotten back three weeks ago, from visiting with Billy. Between the two sites, you'll find out the truth. All his predictions from the Plejaren have come to pass, thus far. You can find them on theyfly.com. It's tells a lot more of the truth than you could realize.

Permalink Reply by Andy (UK) on June 24, 2009 at 3:36pm
i told you so.
well known fake, pics of dinosaurs were taken from a book, the so called pleiadian girls are off the telly.
come on guys, im no debunker, i want this all to be real, but please i need proof not billy meier.....